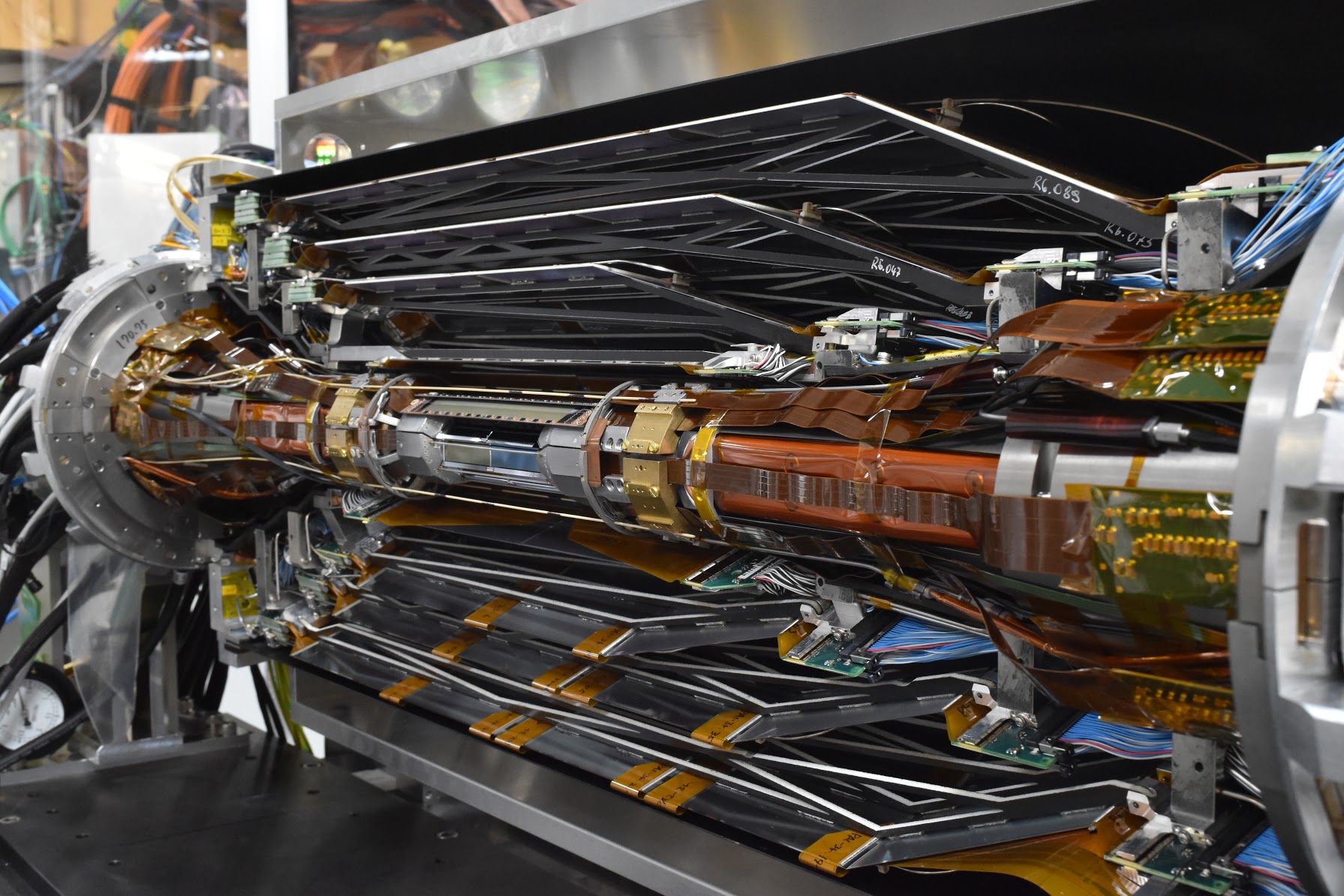 The VerteX Detector (VXD) system of Belle II is fundamental to reconstruct the vertex of B-mesons decays, with lifetimes of the order of the picosecond (one trillionth of a second), and of the other short-lived particle decays.

The Belle II VXD consists of two inner layers of a silicon PiXel Detector (PXD) followed by four layers of a Silicon Vertex Detector (SVD), which is composed by double sided silicon strips sensors. The whole VXD is immersed in a 1.5T magnetic field parallel to the beam axis.